Come out together: Say No to Bullying 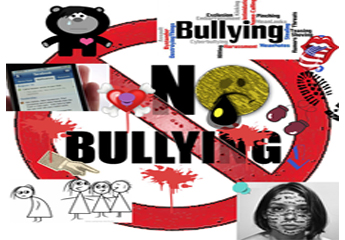 Bullying is an unwanted aggressive behavior which involves power imbalances. It can have long lasting and serious effect on both the parties involved. Usually the act of bullying is intended to show how powerful one is and also to gain popularity as well as to foist domination over others forcibly. Bullying can be of varied types ranging from school bullying to college bullying; legal bullying to prison bullying; disability bullying to gay bullying and institutional bullying to workplace bullying and many more.

As far as the effects are concerned, on an average 15- 20 students from UK alone have been reported to commit suicide as an ill effect of bullying. At the same time statistics from other countries also report high school violence caused due to bullying. Some people argue that bullying has a positive effect of making the sufferer strong and building friendship or good rapport amongst both parties. However this is just a myth.

Bullying is an act which needs to be stopped at the earliest. Few simple steps can prevent someone being bullied-