Why Google is shutting down Orkut? 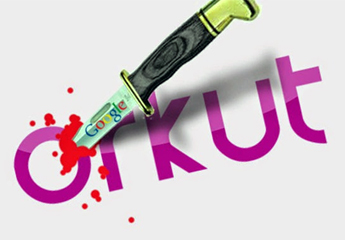 ‘Orkut’ is a name which takes us back to the childhood days of social networking, today it is almost on the verge of shutting down its services. Orkut was launched by Google to promote social networking in 2004. It was launched with an aim to find friends with whom contact was lost and thereby reunite them. Tracing back to year 2000 and on, the online community had handful of social networking sites which included Myspace, Netlogg, and Orkut etc. Orkut gained familiarity within a short span of time with its intuitive features of leaving scraps for your friends and writing testimonials for the people whom you really admire.

While Google’s ‘Orkut’ was gaining popularity among people mostly teenagers and youth, the competitors started coming up with better interactive features. These features started offering more than just leaving a scrap for your friend or writing a testimonial. The competitors started thinking of keeping the end users community involved in the respective sites and also interacting with the online networking forums. For example: ‘Facebook’ started offering online games to compete with your friend circle. ‘Facebook’ emerged as a strong competitor to ‘Orkut’ with its timely addition of new features and enhancing the security at the same time. As time passed by, Facebook emerged as a brand name for social networking forum. Also the users started exploring social networking forums for more than just reunite. These days networking forums also serve as job portal, a place where employers can place a background verification etc.

Another possible reason of decreasing popularity of Orkut amongst users is that Google never thought of reviving Orkut and gaining edge over other networking sites in market. Instead it introduced another feature in Google as Google pluswhich was possibly based on similar lines of Facebook with similar concept of having friends in your circle which you can further categorize. Google plus did not receive much appreciation in online community with most of the reviews being ‘It is similar to Facebook but not equivalent’. Slowly users started moving to sites such as Facebook, Twitter, LinkedIn and so on based on the respective need. As of today, if we happen to compare Google with the other networking sites, we would still find some shortcomings in Orkut with respect to its features. For example: Orkut does not offer integration with Twitter wherein one post in either of the site shall update the other. On the other hand if we happen to scroll through the timeline of Facebook, the company has merged with small startups to provide the user what they need through one single platform. Twitter has enhanced its features with respect to micro- blogging. LinkedIn had its focus on professional networking and had been working on the same since beginning. Here now again if we happen to compare these sites with Orkut, we may see that Orkut lost its focus in today’s competitive scenario whereas others knew their target audience and delivered the right product at the right time.

Google had many of its products which no doubt have emerged as pioneers in online community but couldn’t leave its mark on social networking. With the number of Orkut user constantly decreasing, and barely any new addition, it’s a long lost name now. Google would rather prefer to concentrate on its other products which may turn to be profitable, by making a wise decision of shutting Orkut down.