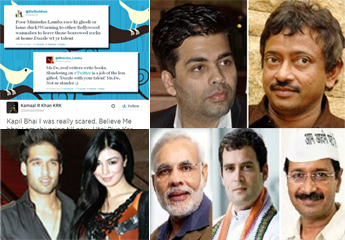 Twitter has always been a medium to express views and opinions through microblogging. It has emerged as a true microblogging site. Since Twitter’s inception, it has witnessed free expressions of opinions. People have also started using this forum to express their anger and also fight openly in public. Here we tried to compile the famous Twitter battles which have grabbed people’s attention.

Most dedicated and hardworking personalities
September 22, 2014