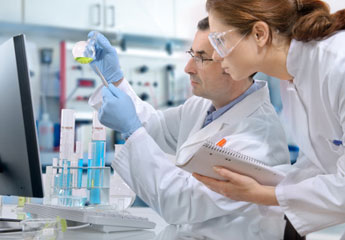 Technology has advanced and has been advancing to an extent and it has left no stone unturned in all the aspects of our lives. Gone are the times when medical sciences were available only for the people who could afford it. Today every one irrespective of their strata, can access the best and efficient medical care. Amongst the factors which have helped the domain of medicine to prosper, one of the important contributing factors would be ‘Technology advancement in medical sciences’. Technology has not only played a vital role in the advancement of medical sciences but also has helped medical and healthcare companies to deliver comparatively cheaper, efficient and faster patient care. Medical technology would include the wide range of healthcare applications using which one would diagnose, monitor or treat a respective disease. Such approaches have proven to improve the quality of healthcare by means of early diagnosis, less or non-invasive treatment options along with reductions in hospital stays, recovery and rehabilitation period.

The amalgamation of medicines and technology is not recent. It dates back to 1800s wherein we witnessed the discovery of thermometer, microscope, kymograph and stethoscope. The devices assisted the physicians to understand the human body in depth. These devices helped one to understand how a healthy body and a diseased body would work. In fact the devices invented during this period have now become routine instruments in medical procedures. Slowly electrotherapy was also being used to treat patients. Electrostatic machines were used to give shocks to patients or sustained electric currents. On similar lines, we had electroconvulsive therapy (ECT) also known as electroshock. This was invented in 1930s and has been the basic and conventional mode of treating mental illness.

A legendary example of medical technology would be the discovery of X- rays in 1895. This discovery actually changed the way in which a disease would be diagnosed. Over the period of time X- ray machines evolved and in the next 30 years became one of the most powerful tools in medical diagnostics processes. Medical professionals today rely on the X- ray report of a patient before concluding the disease and this is possible even without invading and exploring the patient’s body through surgical means. X-rays are not only used in the diagnosis, it is also used in the treatment of some cancers. As the years passed by many other radiological techniques were added to the list to have detailed understanding of human body. To name a few are CT, PET and MRI scanner.

In 20th century, assistive technology in medical sciences started gaining popularity. Technological advancement led to improvisation in hearing aids, artificial limbs etc. Other instruments such as pacemakers, ventilators and similar such devices were being developed to replace body’s crucial organs. Kidney dialysis machine has been another feather in the cap. It was discovered by WilemKolff in 1940s. With more understanding of computers and its applications, computers were also used in medicines. The clinics and hospitals started moving from paper based records to electronic records, wherein all the details pertaining to a patient are stored and anyone can access it from anywhere anytime. Also computerized machines were being used to monitor the patients round the clock. The scanning devices such as PET and CT scan devices became more efficient as they could now reconstruct the entire human body efficiently and with greater efficacy. More and more diagnostic tests were being implemented owing to automated lab machines which made the turnaround time for a test comparatively less. As technology was helping medical practitioners, at the same time it was giving birth to more and more specialized professionals. Technological improvements made them to study a specific part of a human body more in detail and in depth. Also demand for more specialized medical technologists started rising.

Many other technologies in medical sciences are known to revolutionize the field. Few of them are:

Even though we witness the growth of technology has been benefiting the medical sciences to a large extent, the main question would be to make sure if we are over exposed to technology and in the due course forget to correlate the clinical symptoms with the technological assistance. Both needs to be in parallel to deliver efficient medical care and at the same time making it more accurate, and with greater efficacy.

What a dad must know or learn about babysitting?
August 4, 2014