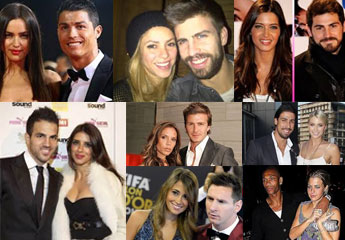 WAG is an acronym used to refer wives and girlfriends of popular sportsmen. WAGs are in limelight and their personal lives are always followed closely due to their association with high-famed sportsmen. Some of these are celebrities themselves and known across world even before they got linked to the sportsmen, while some others gain popularity on becoming a WAG to these players. Whichever might be the case, one cannot deny that these WAGs seek a lot of attention especially during the gaming season. Following are few such famous WAGs: