Babies born with silver spoon in their mouth 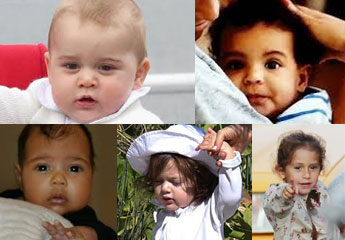 Babies of famous Hollywood stars, sports personalities, business tycoons and other celebrities generally receive fame even before they are born. Their photos sell magazines, initiate clothing trends and also keep their parents in news cycles. Apart from fame these kids are heirs of millions of dollars. Such lucky babies are surely born with a silver spoon in their mouth.