Single cell protein: How are they useful? 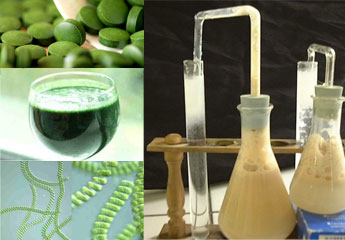 What are single cell proteins?
Single cell proteins or SCP refers to source of proteins which are extracted from single cell organisms like algae, yeast, bacteria, and fungi normally grown on agricultural waste. These are produced with an intention to use them as substitute for protein rich foods for humans and as well as for animals. Though SCP is a relatively modern concept, yet using microorganisms for food production and as animal feed supplement has been known to us since ages. Microorganisms have an ability to upgrade low protein content and this phenomenon was employed during First World War by Germans. Similarly, during Second World War other bacteria were used to replace the conventional food materials. Pruteen was the first commercial single cell protein and was mainly used as animal feed supplement.

Most developing countries suffer from malnutrition and deficiency of proteins which leads to severe complications. SCPs are a good source of proteins to these individuals as it can replace costly conventional sources like soymeal and fishmeal. Single cell protein can play a major role in alleviating protein deficiency. In case of animals they increase the nutritive values and are commonly used for fattening calves, poultry, pigs and fish breeding.

How are SCP produced?
Single-cell proteins are produced from microbial ferment waste which includes wood, straw, cannery, residue from alcohol production or food processing waste. Since these are found in very low concentration various methods to increase their concentration are employed and then they are dehydrated thoroughly to prevent spoilage. Certain product safety procedures like removal of toxic components like nucleic acids, inactivation of fungal proteases and few others are carried out. SCPs can also be genetically modified for varying amino acid composition.

Proteins extracted from yeast, fungi and bacteria are also available in market. They differ in protein and vitamin content and their applications may depend on the nutritive values as well as presence of certain amino acids.

Side effects due to consumption of single cell protein can occur but are generally rare. A small group of population can suffer from minor symptoms like:

It is not recommended in patients with kidney or liver diseases. Also, consumption of these proteins is advisable only after consulting your healthcare practitioner.

In spite of the above concerns, SCP has a proven record of being a rich source of protein which can be produced in large quantities using compact installations. It can be used for animals and humans as a good substitute to protein rich meat and fish. With the growing population, it would be necessary to find an alternative to conventional protein food and SCP holds a strong future here. Continuous research on this topic assures that the applications of SCP would increase as we incorporate recombinant strains.