I will break the silence: Workplace harassment against women 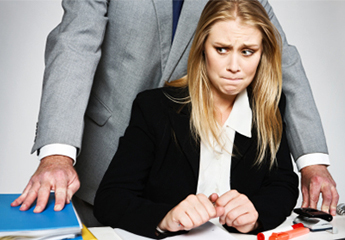 Harassment can be defined as all types of abusive behaviour which is intended to upset or show disgrace towards other individual. Today women are working neck to neck with male counterparts in all sectors. However gender sensitivity is still an issue and lot of women face discrimination and harassment.

Harassment can be in any form –

In many cases the victim suffers in silence and faces psychological symptoms like anxiety, panic attack, loss of concentration and self-esteem, stress and nervous breakdown. They start behaving differently, tend to withdraw and become irritable or tearful. Not only the victim but their colleagues who cannot take a firm step against this offense, experience feeling of shame, guilt and powerlessness.

Various reasons why women bear this torture silently are – adverse effect on career, attitude of society, fear of not being believed, economic loss due to effect on promotion or loss of job, fear of potential danger on rejecting and self blame.

However, it is essential to break the silence and raise your voice against such offenders rather than suffer.

Women subjected to sexual abuse pass through mental and physical stress, hence as a responsible colleague there are few things that can be done,