Top 5 IT company acquisitions of all time 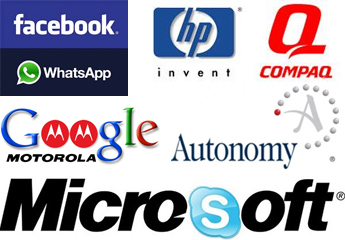 Acquisitions have been the most tactical way of expanding business, by taking over the target firm’s operations. It might be either in the form of cash, stocks or both. Let us go through the top 5 IT company acquisitions of all time.

Of so many acquisitions and mergers, that took place, some proved to be profitable while few did not.

Most eligible aged bachelors of all time
October 6, 2014