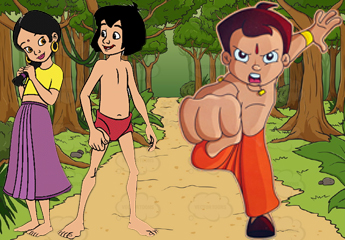 Indian cartoon and animation industry is slowly gaining popularity. Various comic books have been very popular amongst kids since ages, but our animation industry banked more on the cartoons characters from abroad. However, in recent years we have seen a lot of Indian animated cartoons acquiring a significant share in this market. Following are few all time favourite cartoon character