Teach your kids about different kinds of touch 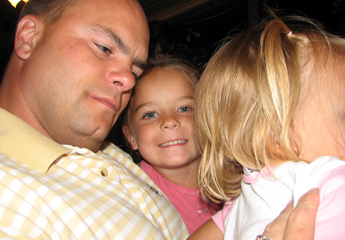 We explain our children about potential dangers they may face, to avoid any mishap. We teach them how to cross roads by looking in both directions, not to take chocolates from strangers. But we shy away from explaining them about child abuse or a bad touch.

The fact is your child is more likely to be subjected to abuse than hit by a car and this molestation is more likely from a known person rather than a stranger. Nothing can guard our kids completely against child abuse, but making them aware is a major step which can prevent and stop abuse.

Statistic indicates that 1 in 4 girls and 1 in 6 boys are molested before the age of 18. However, this is just an estimate and the actual could be different as most cases go uninformed.

Here are few things we should teach our children,

Make sure, you explain all these to your kids at the right time. Children as young as 4 yrs can understand the concept of good and bad touch, and that is the right time to start. Children between 4-12 yrs are at most risk. As responsible parents it is your duty to teach them about different touches and help prevent child molestation.

This entry was posted in Body & Health. Bookmark the permalink.