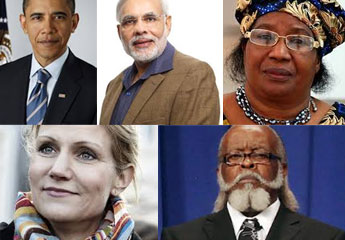 Gone are the days when politicians paid no heed to fashion. Today, political figures around the world are stepping into the designer shoe as and when they get an opportunity. Style and fashion is now used as a tool to create a unique image and communicate with mass about their beliefs.