Most beautiful and famous chubby ladies 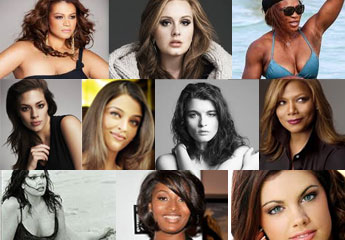 A beautiful woman is very often described as one with good complexion, a nice face cut, gorgeous hair and most importantly someone with an hour glass figure. However we see a lot of plus-size beauties as well, who carry themselves confidently and gracefully. Overruling the conventional attitude, many supermodels, sportswomen, actress, and other celebs are flaunting plus-size bodies.

Following is the list of such famous chubby beauties: