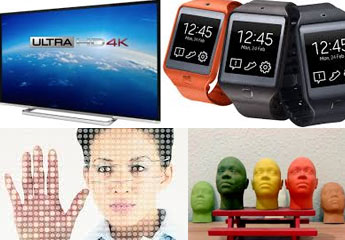 CES 2014 witnessed an overwhelming response to approximately 3000 exhibitors showcasing cool gadgets and trending technologies. Let’s review few technologies and also some of the coolest gadgets which stood out of all and may be the trending trend in the coming months.

Along with these coolest technologies, there are smart gadgets which have received an amazing response from the audience:

Bendable TV: Samsung introduced an innovation in the domain of curved television. With a tap in the remote the TV can actually bend giving the audience a superior and rich experience. CES 2014 witnessed just a prototype of this system but it is worth remembering it.