Where my experiment went wrong? 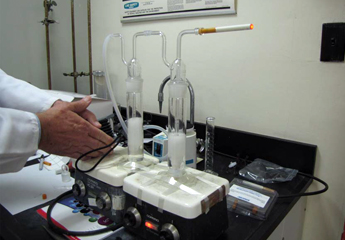 ‘Experiment’ is a true method of learning. But what if this experiment goes wrong due to some mistakes which cannot be undone? And what if the experiment goes wrong and yields unexpected results. The wrong approaches or wrong experiments can also lead to dangerous and fatal results. To cite an example is an experiment that went wrong inside the lab of Dr. Otto Octavius from the story of Spiderman which led to the birth of villainous character.

However, few experiments going wrong also proved to be advantageous to mankind. One of success stories is that of Penicillin. ‘Penicillin’- An antibiotic was a renowned discovery of Nobel Prize winner Alexander Fleming. It was discovered when Alexander left his pile of petri plates in which he grew bacteria unattended. While discarding the plates, he came across one plate in which he witnessed the growth of mould across the bacterial region with clean region around it, something which was preventing the growth of bacteria. This ultimately led to the discovery of an antibiotic- Penicillin.

Another example of serendipity is that of safety glass. A glass beaker accidentally broken by a researcher was found not to be busted into sliver. This was due to the plastic coating on the beaker which remained due to beaker not being washed properly. Mistakes are not always harmful or fatal as Henry Ford rightly said “Even a mistake may turn out to be the one thing necessary to a worthwhile achievement”.

A rising culture on the horizon: Single Motherhood
August 12, 2014