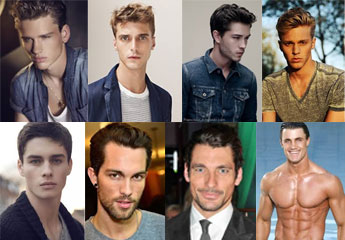 When we talk about supermodels, we think of the beautiful, graceful ladies who elegantly walk the ramps, pose for big brands and steal our hearts. We have several lists which showcase these beauties, but this list is about the top male models, whose muscles, great physique, styled hair and deep eyes make our heart beat faster.